I’m unashamed to say addicted to learning languages. After finishing high school and failing French in first year University I decided this drug wasn’t for me and gave it the flick. This year would’ve been 9 years sober… Thankfully I got hooked again!

Anyway, jokes aside! Growing up I loved learning languages in primary school and then in high school. I always had that dream of one day reaching fluency in a second language, but I by the age of 27 it hadn’t happened yet. Things changed when I realised nothing was stopping me by me. On New Years 2014 I decided “Stuff it! I’m going to finally push myself to learn a language with fluency as my ultimate goal. Maybe I can do it in a year even from my own bedroom…?”.

For the months since then I’ve taken my high school French—a good 9 years rusty—to a level I had never been previously reached in any language (my native language English excluded). To be honest, barely a few months ago I had all but given up hope thinking it was just something I could never achieve of own avail. Boy was I wrong.

In this short period of time I’ve read an endless number of articles and watched countless YouTube videos by polyglots such as Richard Simcott, Luca Lamperiolla and Steve Kaufmann to name only a few, in a serious attempt to slingshot myself into the realm of language learning. Learning about as well as from these polyglots has made me realise just how easy language learning is, even from your own bedroom!

So I’ve made this blog not to showcase any proclaimed skills, nor to give you 1-off-quick-fix-here’s-how-to-be-fluent-in-3-hrs tips. Instead I wish to simply distil down my own thoughts, experiences and ideas as a born-again language enthusiast in the hopes that others can make use of it. I currently have a massive, whopping, get-the-hell-out-of-the-way-coming-through, ONE fluent language under my belt, English… But with time, persistence, hard work and determination I aim to turn that 1 into a TWO, then maybe a THREE… And show you that you can do it too! 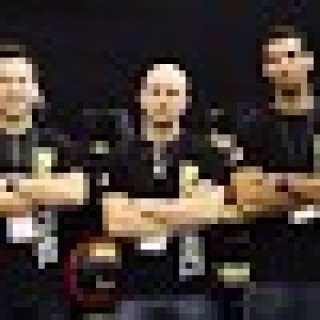